Broken or damaged auto glass? Get free quotes from local glass shops and choose the one that's right for you.

We're veterans of the auto glass industry and work to feature only quality glass shops.

Compare free quotes from a range of local vendors in just a few minutes.

Need to save time? Many Glass.com vendors will come to your home or workplace.

What Customers Are Saying About Glass.com's Replacement Services

The installer was smart, professional, courteous and efficient. They gave me the best price and got it done quickly. It was a great experience.

Friendly and knowledgeable staff. Could not have been any easier.

My initial request for service was responded to within the hour. The person handling the reservation was courteous, professional and knowlegable. I was scheduled quickly.
The technician called at the time I was promised. He arrived shortly thereafter and completed the job within an hour.
The job is high quality, clean and professionally done.
The prices here are fantastic. I don't know where everyone else is getting their pricing from.
Highly reccomend.

Best price I could find on a windshield replacement. They were able to come out quickly and get it replaced in about an hour. Thanks!

Some people love sunroofs and some people hate them; there is little middle ground when it comes to the topic of sunroofs and moonroofs. These openings in the roofs of cars, trucks, and SUVs come in many forms and offer a variety of benefits, along with a few disadvantages as well. We'll explore different sunroof options, the benefits of sunroofs, as well as disadvantages of sunroofs, sunroof and moonroof glass replacement and repairs, as well as some aftermarket accessories.

Let's tackle the debate of a sunroof vs. moonroof first. The two terms are often used interchangeably, although the term moonroof has become the more popular version referring to any type of retractable or glass opening in a vehicle's roof. For those purists out there though, there are notable differences. Unfortunately, many explanations out there are as clear as mud, so we intend to clarify this. The easiest way to remember the difference is that a sunroof only lets sunlight in when it's open, while a moonroof will let light in even when it's closed.

A sunroof is traditionally an opaque panel paint matched to the body of the car. A moonroof is transparent- usually tinted tempered or laminated glass. Get it? A moonroof lets in a little light (light the glow of the moon) all the time. And a sunroof lets in all the light, but only if it's open. Again, the terms sunroof and moonroof are interchanged more freely today. Most cars today are equipped with moonroofs, but many still refer to them as sunroofs. 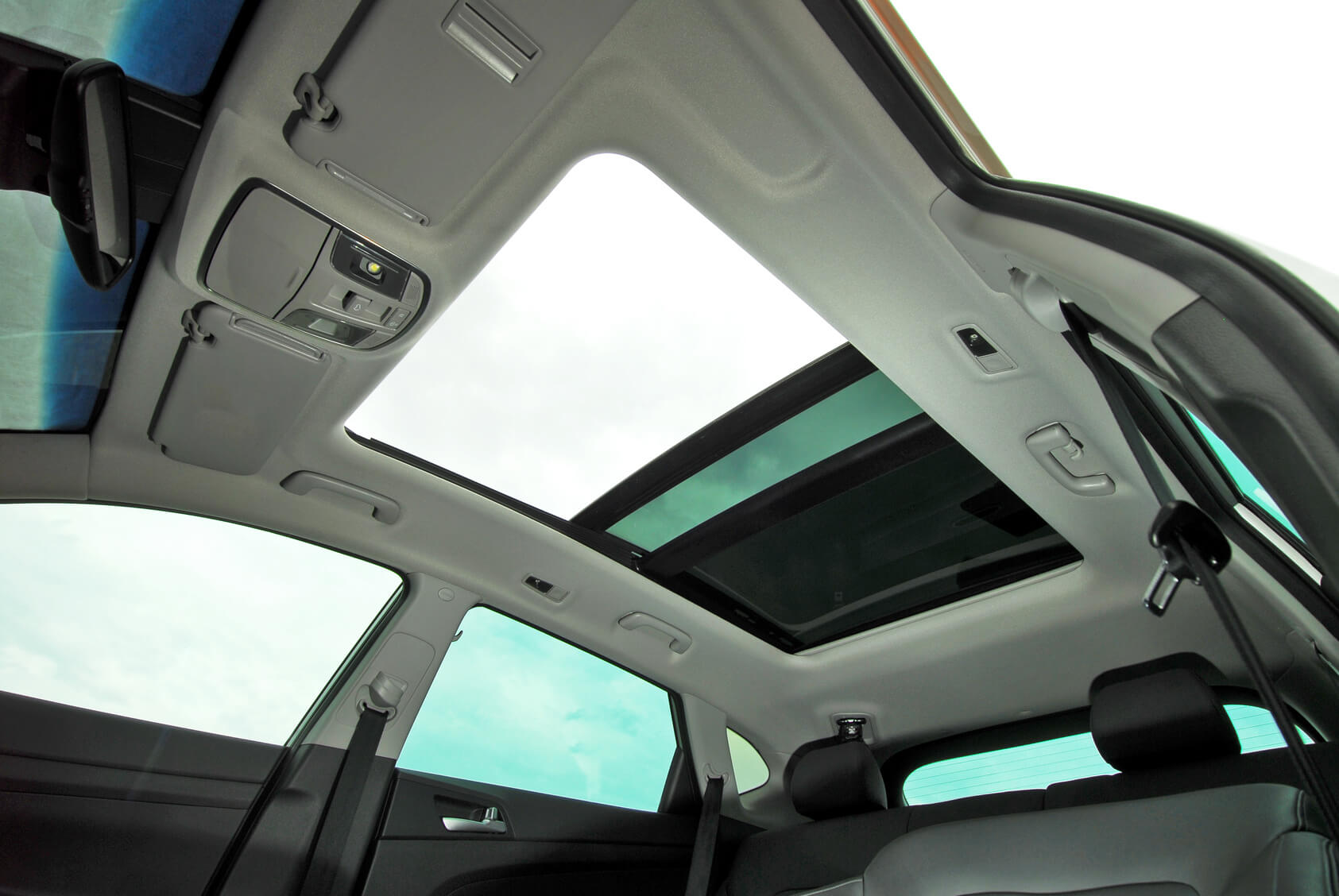 Now that we've sorted out the sunroof vs moonroof debate, you may be wondering what your moonroof options are. There are probably more than you would expect! We will start with the basic older styles and work our way up to modern luxury options.

Folding Sunroof: These manual, cloth sunroofs were a popular add-on for vintage cars before glass sunroofs became an option. They offered a relatively inexpensive way to get the open-air feel of a convertible. But as you might imagine, wind noise and water leaks were abundant.

Pop-up Sunroof: These became a popular manual option in the 1980s on sports cars such as the Mazda RX-7 and Toyota Celica. Many were transparent and let through a small amount of light, but they did not slide and merely acted as a vent. Some versions also acted as pop-out sunroofs which could be removed completely.

T-tops and Targa Tops: Although not what traditionally comes to mind when one thinks of a sunroof, these are indeed considered to be versions of one. T-tops consist of two removable roof panels- one on the driver's side and one on the passenger's side- that leave a support beam running down the middle of the car. A targa top is similar except that it is a single large panel, eliminating the need for a center beam. This offers the ultimate open air feel without stepping up to the realm of a convertible.

Sliding Sunroof: A sliding sunroof is one of the more common options seen on cars today, although many manufacturers are evolving to panoramic sunroofs (see more on this below). Sliding sunroofs generally are electronically operated by a switch inside the vehicle's cabin. They can usually double as a pop-up sunroof, allowing for venting as well as sliding back to let in the sunlight. Depending on the vehicle, the glass panel may slide back into the roof of the car, or it may slide up and back at an angle on top of the roof. These sunroofs often feature a sliding sun shade on the inside as well to eliminate any sunlight when not in use.

Panoramic Sunroof: This has become one of the biggest trends among today's vehicle manufacturers. Originally seen only on luxury vehicles, these extra-large pieces of glass are making their way to more basic models as well. Panoramic sunroofs allow for massive amounts of light, air, and views of the sky- not just for drivers, but back seat passengers too. Some vehicles even have dual sunroofs which allow passengers in the rear of the vehicle to operate their own separate sunroof. Manufacturers are constantly pushing the limits of how much glass can be used for a vehicle's roof. Some vehicles, like the Tesla Model S even come standard with an all-glass roof.

Benefits and Drawbacks of Sunroofs 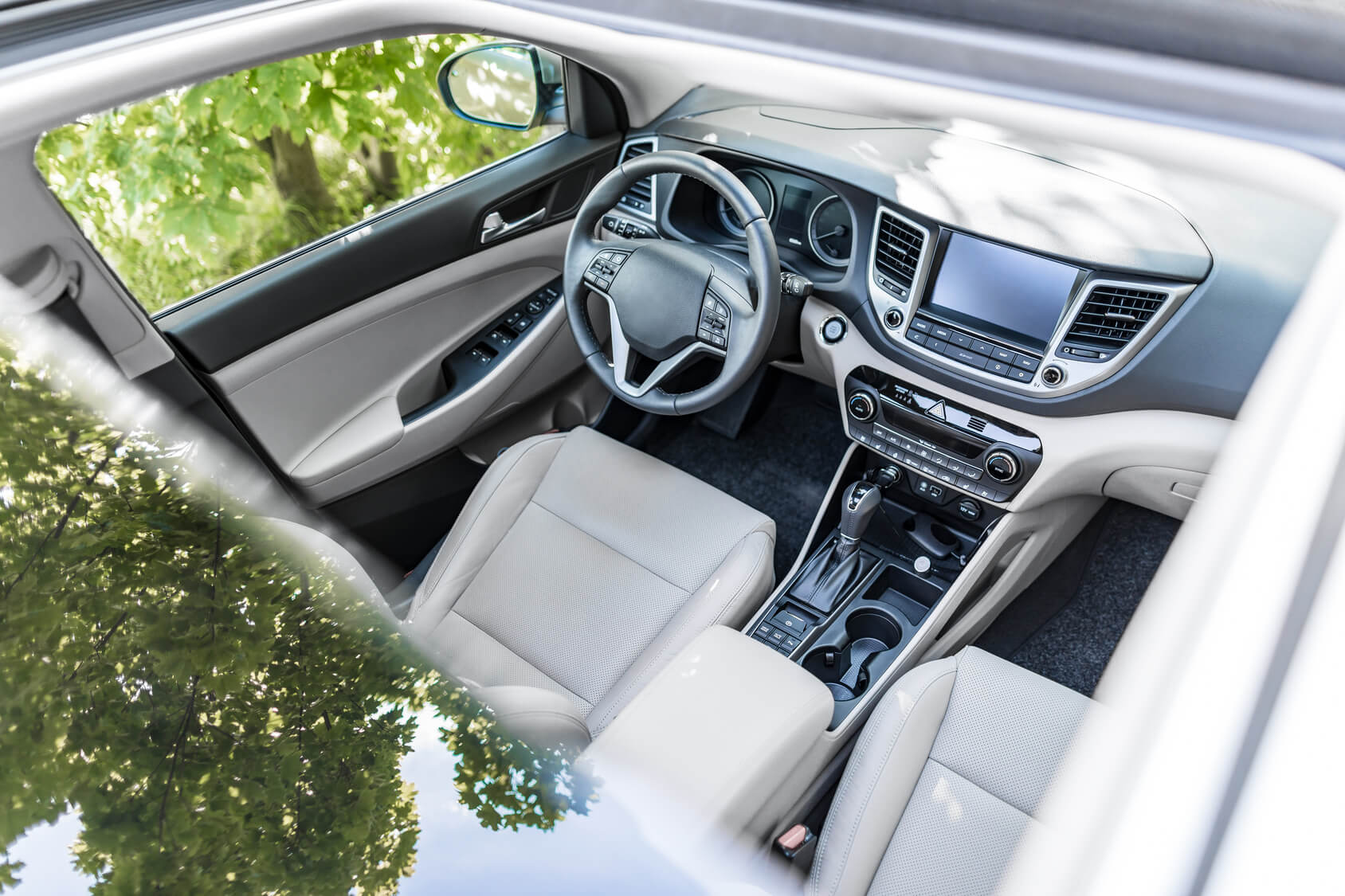 If you're shopping for a new car, one decision you should make is whether or not the vehicle will have a moonroof. There are numerous benefits, but some drawback as well. If you like the idea of the sun on your face and wind in your hair, of bringing the outside in, and enjoying the weather on nice days, then a sunroof is probably for you. If you don't enjoy the heat of the sun or having the extra light in your eyes, you may want to consider how often you would actually use the sunroof if you had one. Remember, most come with shades that can be closed when the sunroof is not in use so it's not an all-or-nothing option. However, sunroofs typically add on at least a few hundred dollars to the price of a vehicle.

When it comes to maintenance, having a sunroof is basically like having another window in your car. Sunroofs, just like your windows can suffer breakage, failing gaskets (causing air and water leaks), and failing electronics. And because the sunroof is a horizontal surface which can harbor dirt and debris more easily, they require a bit more cleaning to stay in top shape.

Moonroofs can be made of laminated glass or tempered glass. Laminated glass is what your windshield is made of which utilizes two pieces of glass with a polycarbonate plastic-like layer sandwiched between the two, which makes it very strong. Both laminated and tempered glass, are considered safety glass. But when tempered glass breaks, it shatters into very tiny pieces that are less likely to cause lacerations. Because of the safety aspect, tempered glass is utilized more frequently as sunroof glass.

If your vehicle didn't come with a sunroof and you wish it had, there are aftermarket options for sunroof glass installation. Many kits on the market today replicate a high-quality factory-like fit, complete with electric motors, sunshades, and control switches. A professional auto glass shop should be able to complete an aftermarket sunroof glass replacement or installation, such as an aftermarket panoramic sunroof.

If you already have a sunroof, but it is in need of repair, your local glass shop can help too. They usually have experience in repairing common issues like:

Where to Get a Sunroof Replaced

Not sure where to get your sunroof fixed, or worried about the sunroof glass replacement cost? If your sunroof is broken, use Glass.com to find a local repair shop near you to get back on the road with a new sunroof replacement today. Can't make it to a glass shop? Most of our local Glass.com Affiliates offer mobile sunroof repair and replacement options as well, meaning they will come to you!

Get a Free Estimate

Glass.com is expanding its site to include Canadian auto glass shops and services.
Check back in a little while for this exciting expansion!

Is your company an auto glass provider that values safety and quality? Are you in search of customers who want the same? Learn more about becoming a Glass.com Affiliate here.