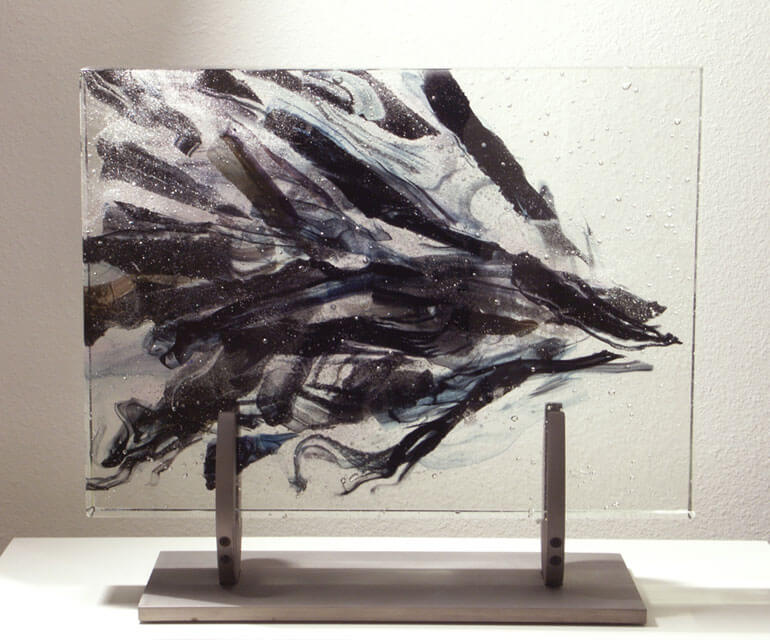 Glass.com is pleased to recognize its first featured artist, David Ruth of Oakland, Cal. David has been making large scale glass sculptures for more than 25 years and his works are legendary for their color, depth and ability to blend feeling with form.

His works have been featured at Tokyo DisneySea, the Traver Gallery and Willow Glen branch of the San Jose Library where his “Wind in the Willows” work is featured.

David also participated in the National Science Foundation’s Artists and Writers program which included travel to Antarctica followed by his landmark expression of what he saw there in glass.

Here’s a look at David at work in his studio . He can also be reached davidruth.com.

Congratulations to David, on being the first Glass.com featured artist!

Apply to be featured artist