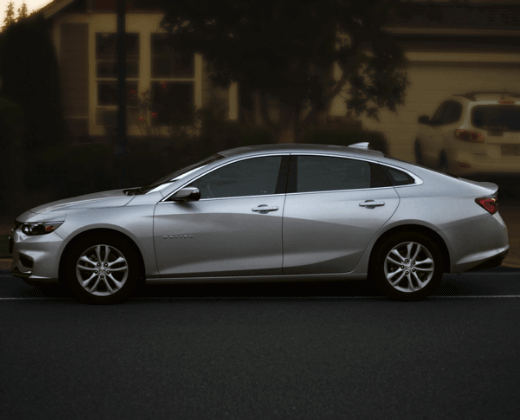 The windshield is an important safety element of your Impala. Not only do they keep out debris and the elements, they also help keep occupants inside the vehicle in the event of a crash. Sometimes they can be repaired, but often they require full replacement, depending on the severity of the damage.

Sunroofs add an element of fun to your everyday drive, but sometimes they break. Sunroofs typically are made from tempered glass which must be fully replaced if damaged. If your Impala is equipped with a factory sunroof that has broken, you’ll need to get it replaced as soon as possible in order to avoid the possibility of water damage. Keep in mind that sunroofs can face a variety of problems, but Glass.com only provides glass replacement services on factory installed sunroofs.

Backglass acts as a way for you to see out of the rear of your Impala. It is also referred to as a back windshield or rear windshield. Rear windshields typically are made from tempered glass which must be replaced if damaged. These windows sometimes include additional features such as defrost elements which help to de-ice the glass in wintertime. Back windshields on hatchbacks, SUVs, and vans sometimes feature a wiper, which helps increase visiblity while driving in the rain.

Side windows offer access to fresh air, toll booths, drive-thru windows, and more. These highly functional pieces of glass are often a target for break ins though. If this happens to your Impala, you’ll need to have the window replaced since it’s usully made from tempered glass, though laminated glass is gaining in popularity.

The first generation of the Chevy Impala debuted in 1958 as the Chevrolet Bel Air Impala. It was actually the top-line trim level for the existing Bel Air model and was introduced as a 50th-anniversary promotion to celebrate Chevy’s founding in 1908. The Impala was a long, low, two-door car with large rear fins, dual headlights, six taillights, and a V8 motor. The car came in both hardtop and convertible versions. Engine options ranged from 185 to 290 horsepower.

Like so many of Chevy’s top-tier trim levels, the Impala trim branched out to become its own model and the first true Chevrolet Impala was born in 1959. The model was Chevy’s best seller with over 400,000 models sold the first year. It was even longer, lower and wider than the previous year. The six tail lights were replaced with two long, horizontal, cat-eye taillights and the long rear fins took on more of a bat-wing shape. Chevy upgraded the engine by increasing compression and adding triple two-barrel carburetors to boost horsepower numbers up to 320. A right-hand drive version was even produced in Ontario, Canada for the New Zealand, Australia and South Africa markets.

A new generation was released quickly again for the 1961 model year. This time, it was on a new platform with smaller, boxier body lines. Available body styles included a two-door convertible, two-door coupe, two-door hardtop, four-door hardtop, four-door sedan, and four-door station wagon. A Super Sport or “SS” package was offered which came equipped with a 409 cubic-inch V8 motor pushing as much as 425 horsepower. A special Z11 package became available for the 1963 model year which was equipped with an even larger 7.0L motor producing 430 horsepower and 575 pound-feet of torque using a 13.5:1 compression ratio. The Z11 was primarily designed for drag racing and NASCAR.

The fourth generation of the Chevrolet Impala was released for the 1965 model year when it sold a record-breaking one-million units. Engine choices included an inline six-cylinder motor, and nine small-block and big-block motor options ranging from 4.6-liters to 7.4-liters. A top-tier trim level called the “Caprice” was added in 1965. The Impala Caprice featured tufted upholstery, wood grain trim, custom door pulls and special badging. Other trim levels continued to be offered, but the SS trim was discontinued in 1969 due to the overwhelming popularity of the Caprice. At the same time, the Chevy Nova SS and Chevelle SS offered more attractive packages for performance-minded enthusiasts.

The fifth generation Chevy Impala was debuted with the 1971 model year and continued to be Chevy’s best-selling model, it was also its largest. The body lines continued to become boxier in design. Engine power decreased as fuel prices became a concern in the United States and a switch was made in 1972 to run unleaded fuel in new motors. 1972 was also the last year for the Impala convertible. The 1973 model offered an “Air Cushion Restraint System” (ACRS) which was one of the first instances of vehicles being produced with airbags.

The sixth generation Chevy Impala hit the market for the 1977 model year. It was again redesigned to become boxier in styling. Dimensions were dramatically shorter and narrower than before due to a shortened version of the frame. It was once again America’s best-selling car. Because of the popularity of the Caprice trim level, the Impala was eventually rebranded to Caprice in 1986 and the Impala name died.

After a long hiatus a redesigned Chevy Impala was unveiled at the 1992 Los Angeles Auto Show. It was shown with a monstrous 8.2L V8 motor. It was released to the public for the 1994 model year equipped with a smaller 5.7L LT1 motor taken from the Chevrolet Corvette. It was equipped with a limited-slip differential (LSD), sport-tuned suspension, an upgraded cooling system, four-wheel disc brakes, a transmission cooler, and high-output alternator. The Impala SS continued production through 1996.

After another break, this time only four years, the Impala was reintroduced again in 2000 when it replaced the Chevy Lumina. It was based on Chevy’s W-body platform and continued to be assembled in Ontario Canada as its predecessor was. The impala was available in two trim levels with a four-speed automatic transmission paired with either a 3.4L V6 or a 3.8L V6 motor. The SS returned in 2004. For the first time, it was equipped with a V6 rather than a V8 but it did receive extra help from a supercharger which boosted it to 240 horsepower. For the first time, the Impala SS was front-wheel drive.

The ninth generation of the Chevy Impala debuted in 2005 at the Los Angeles Auto Show and began selling for the 2006 model year. The base model engine grew slightly, jumping to a 3.5L V6 with 211 horsepower. The exterior was totally redesigned and no longer featured elongated headlights or taillights like it had for so many generations. The SS trim was still available and was equipped with a 5.3L V8 pushing a respectable 303 horsepower. Other trim levels that were available included LS, LT, and LTZ. Some engines in this generation used a feature called Active Fuel Management, also known as Displacement on Demand, which allows a V6 or V8 motor to fire on only half of its cylinders. This results in increased fuel economy.

The tenth and present generation began in 2014 when the Impala earned a top score of 95 out of 100 from Consumer Reports—the first North American sedan to earn such a high rating in twenty years. The Impala grew in size and was equipped with a six-speed automatic transmission. Motor choices included a 2.4L and 2.5L four-cylinder motor and a 3.6L V6 motor. The Impala has come a long way since it originally tried out airbags in the early 70s and now features 10 airbags for drivers and passengers. Additional safety features include advanced driver assistance system (ADAS) features such as adaptive cruise control, automatic braking, collision alert, lane departure warning, cross-traffic alert, and park assist.

You can quickly and easily find a reputable auto glass replacement shop near you, get an instant quote for the exact service you need for your Chevrolet Impala and book a convenient appointment. Many of our Affiliates even offer mobile service and will come to your home or business to perform the replacement. We’ll help to get your Chevrolet Impala back on the road as soon as possible!

What a great installer and great service

We Make Getting a Quote and Booking an Appointment for Your Chevrolet Impala a Fast, Easy Process

When it’s time to repair or replace the windshield, backglass, or door glass on your Chevrolet Impala, just log on to Glass.com® and fill out the user-friendly Request Estimate form. You’ll get instant access to our Affiliates in your local area, receive an immediate quote for the service you need and be able to book your appointment. Why waste time calling around to multiple repair shops?

Discover why so many people use Glass.com® for replacing the glass on their Chevrolet Impala. Take a few minutes to browse our site and feel free to contact us for more information.