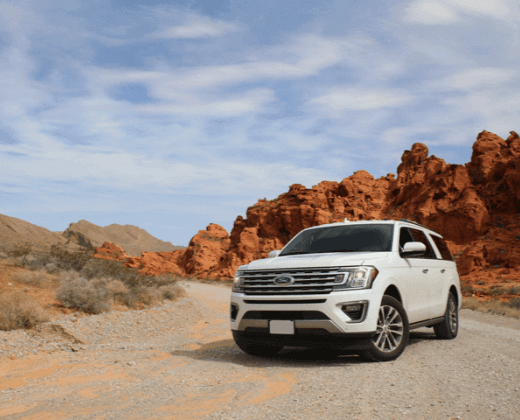 The windshield is an important safety element of your Explorer. Not only do they keep out debris and the elements, they also help keep occupants inside the vehicle in the event of a crash. Sometimes they can be repaired, but often they require full replacement, depending on the severity of the damage.

Sunroofs add an element of fun to your everyday drive, but sometimes they break. Sunroofs typically are made from tempered glass which must be fully replaced if damaged. If your Explorer is equipped with a factory sunroof that has broken, you’ll need to get it replaced as soon as possible in order to avoid the possibility of water damage. Keep in mind that sunroofs can face a variety of problems, but Glass.com only provides glass replacement services on factory installed sunroofs.

Backglass acts as a way for you to see out of the rear of your Explorer. It is also referred to as a back windshield or rear windshield. Rear windshields typically are made from tempered glass which must be replaced if damaged. These windows sometimes include additional features such as defrost elements which help to de-ice the glass in wintertime. Back windshields on hatchbacks, SUVs, and vans sometimes feature a wiper, which helps increase visiblity while driving in the rain.

Side windows offer access to fresh air, toll booths, drive-thru windows, and more. These highly functional pieces of glass are often a target for break ins though. If this happens to your Explorer, you’ll need to have the window replaced since it’s usully made from tempered glass, though laminated glass is gaining in popularity.

The introduction of the Explorer moved the vehicle line from two-door to being primarily four-door. It’s a successor to the Ford Bronco II which was a two-door SUV and basically a smaller version of the Ford Bronco. The Bronco II utilized a Ford Ranger truck chassis and was similar in size to the Ranger. In comparison, the original Bronco, which continued to be manufactured through 1996, was based around the full-size F-150 truck.

Within the Ford Motor Company are other divisions of the company—Mercury and Lincoln. Mercury was considered a step up from Ford brand vehicles, but not as luxurious as Lincoln vehicles. The Mercury line was eventually discontinued in 2010. Before it’s closure though, the Ford Explorer sold under the Mercury brand as the Mercury Mountaineer beginning in 1997. It had premium features, above what was offered by the Ford Explorer Limited, but was not as luxurious as the Lincoln Aviator.

Ford even redesigned the Explorer for a brief time from 2001-2010 and sold it as a midsize truck called the Ford Explorer Sport Trac. The Sport Trac was essentially an Explorer front end and cab, but with a truck bed instead of an SUV-style rear cargo area and hatch. Although it shared the chassis of the Explorer, the Sport Trac had a longer wheelbase. Like a true truck, the Sport Trac offered four-wheel drive as an option.
Let’s take a look at the specific Explorer generations:

The Ford Explorer stepped onto the market in 1990 and was the first four-door SUV sold by Ford. The goal was to compete with the Chevrolet S-10 Blazer and the Jeep Cherokee. This first generation of the Explorer borrowed many parts from the Ford Ranger including the chassis, powertrain, bumper, headlights, grille and wheels. It was available in either rear-wheel drive or four-wheel drive configurations. Trim levels included XL, XLT, Eddie Bauer, and Limited. Five-speed manual and four-speed automatic transmissions were paired with a 4.0 liter V6 motor.

The second generation Ford Explorer debuted for the 1995 model year. It became a significantly different vehicle at this point. Ford wanted to set the Explorer apart from the Ranger, so the exterior now featured mainly model-specific parts. The only parts that carried over from the previous generation were the roof and doors. The Explorer’s size remained the same. However, the chassis underwent modification for improved handling characteristics. The powertrain options expanded with the addition of a 5.9 liter V8 motor and a five-speed automatic transmission. A trim level for the two-door version was also introduced briefly, called the Expedition. This trim level only lasted the 1995 model year because Ford then used it the next year when they introduced a new model called the Ford Explorer.

In 2002 Ford turned its attention towards international markets. Ford ditched the Ranger truck chassis and redesigned the Explorer on an entirely new body-on-frame platform, which included four-wheel independent suspension. These updates, along with a more powerful V8 motor, helped the Explorer compete in European markets where there was an emphasis on high-performance drivability.

The five-door SUV also received a total redesign both inside and out. The overall dimensions of the Explorer remained mostly unchanged. However, a lower floor added approximately ten square-feet of cargo capacity and correspondingly allowed for a lower rear-cargo loading height and taller rear hatch.

Ford introduced a new frame for the Explorer again in 2006 with claims of increased strength. Modern amenities were aplenty with this new generation, such as power-folding third-row seats, a tire pressure monitoring system (TPMS), and electronic stability control (ESC), which all came standard. Optional features included power running boards and satellite navigation with voice control. The 4.0L V6 motor did not gain any power for the second generation in a row. However, the 4.6L V8 got a bump in power again, putting it just shy of 300 horsepower.

Many style updates were made to this generation to help create a sleek look. These standard features included a “floating roof” created by blacked-out pillars, stepped headlights and tail lights, and a three-bar grille design, which Ford continues to carry. Interior and technology features, not all of which were standard, included keyless entry, remote start, heated and cooled front seats, HID (high-intensity discharge) headlights, LED tail lights, and an extensive infotainment system. Notably, the National Highway Traffic Safety Administration awarded The Ford Explorer an overall five-star rating for 2013-present model years.

There was plenty of technology built into the windshield as well for Advanced Driver Assistance System (ADAS) features such as adaptive cruise control, active park assist, acoustic and solar tinted glass, and rain-sensing wipers.

You can quickly and easily find a reputable auto glass replacement shop near you, get an instant quote for the exact service you need for your Ford Explorer and book a convenient appointment. Many of our Affiliates even offer mobile service and will come to your home or business to perform the replacement. We’ll help to get your Ford Explorer back on the road as soon as possible!

The worker called me earlier in the morning called me when he was on his way and when he got to my car. Worked right in my work schedule and he was super nice.

The service was great. Fast and friendly.

No one ever contacted me back about my repair. I had to shop elsewhere.

We had the best experience with Leon. He was professional, the price was very reasonable. He came to our house to replace our window. Very prompt and kept me in the loop for arrival time. Left everything clean and neat. I will always use Global Glass for all our window needs. No reason to go anywhere else when you have found the best.

We Make Getting a Quote and Booking an Appointment for Your Ford Explorer a Fast, Easy Process

When it’s time to repair or replace the windshield, backglass, or door glass on your Ford Explorer, just log on to Glass.com® and fill out the user-friendly Request Estimate form. You’ll get instant access to our Affiliates in your local area, receive an immediate quote for the service you need and be able to book your appointment. Why waste time calling around to multiple repair shops?

Discover why so many people use Glass.com® for replacing the glass on their Ford Explorer. Take a few minutes to browse our site and feel free to contact us for more information.