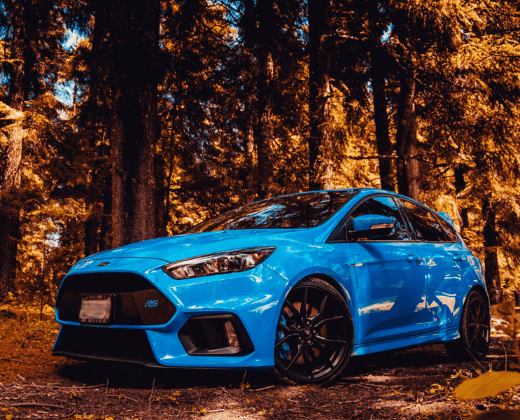 The windshield is an important safety element of your Focus. Not only do they keep out debris and the elements, they also help keep occupants inside the vehicle in the event of a crash. Sometimes they can be repaired, but often they require full replacement, depending on the severity of the damage.

Sunroofs add an element of fun to your everyday drive, but sometimes they break. Sunroofs typically are made from tempered glass which must be fully replaced if damaged. If your Focus is equipped with a factory sunroof that has broken, you’ll need to get it replaced as soon as possible in order to avoid the possibility of water damage. Keep in mind that sunroofs can face a variety of problems, but Glass.com only provides glass replacement services on factory installed sunroofs.

Backglass acts as a way for you to see out of the rear of your Focus. It is also referred to as a back windshield or rear windshield. Rear windshields typically are made from tempered glass which must be replaced if damaged. These windows sometimes include additional features such as defrost elements which help to de-ice the glass in wintertime. Back windshields on hatchbacks, SUVs, and vans sometimes feature a wiper, which helps increase visiblity while driving in the rain.

Side windows offer access to fresh air, toll booths, drive-thru windows, and more. These highly functional pieces of glass are often a target for break ins though. If this happens to your Focus, you’ll need to have the window replaced since it’s usully made from tempered glass, though laminated glass is gaining in popularity.

The Ford Focus was introduced in Europe at the Geneva Motor Show in 1998 as a replacement for the Ford Escort. In 1999 the Ford Motor Company began marketing the Focus in the United States for the 2000 model year.

The Ford Focus was part of the “Ford 2000” initiative created by Alexander Trotman, president of Ford Motor Company, to unify and consolidate the company’s product development, marketing, and manufacturing groups. Trotman was known for his cost-cutting measures and wanted to create a single compact vehicle that could be sold worldwide.

The Ford Focus was designed to appeal to a younger audience looking for a vehicle that met their lower budgets, and Ford did a lot of things right with this new vehicle. The car was launched as a three-door hatchback, four-door sedan, and five-door wagon with a design that was bold and different. Jack Telnack, Ford Motor Company’s global vice president of design, employed a futuristic “new edge” design philosophy that made the Focus nothing like the boxy 1990s family car. The curves and angles of the Focus design continued in the interior of the vehicle making this compact car seem sporty and spacious. The Focus also incorporated innovative design elements in its suspension. A new multi-link independent suspension called “control blade suspension” allowed for great handling for relatively little cost. This improved ride capability along with upgraded precision within the steering system made the car fun to drive.

The highest performance version of the Focus, the Focus RS, was launched in 2002 in Ford’s imperial blue with a limited production run of 4,501 cars that was only available in Europe. This 215 horsepower vehicle came with a 2.0 liter turbocharged Duratec RS engine, a Quaife ATB limited slip differential to tame wheel spin, and Brembo brakes. An amazing 70 percent of the components of the Focus RS were upgraded, revised, or unique. With an aggressive appearance, heavier steering and firmer suspensions, this model delighted fans.

The Paris Motor Show on September 25, 2004, was the site of the unveiling of the second generation Ford Focus. Ford decided to concentrate on the sedans and the two-door coupes and dropped the hatchback and wagon models from the lineup. Both the exterior and interior of the vehicle were redesigned. The exterior’s lines were smoothed out, the nose was sharpened, and the wheel arches were flared out. New insulation was used in the roof to provide a quieter cabin, the interior lighting was improved, and a new seat design was introduced. The console incorporated ice blue lighting and was updated with a new dash message center, Ford’s voice-controlled Sync audio/Bluetooth infotainment system (introduced in 2008), as well as new instrument gauges and control knobs.

This new generation of Focus had an increased base horsepower of 140 and a new 2.0 liter direct overhead cam (DOHC) four-cylinder engine. The stability and handling of this new generation of Focus improved with a completely new braking system and revised suspension with thick stabilizer bars. The improved EPA automatic transmission fuel economy numbers of 24 miles per gallon (MPG) for city driving and 33 MPG highway driving made this vehicle very popular with car buyers.

The third generation of the Focus was named the Focus Mk III and debuted at the 2010 North American International Auto Show in Detroit, Michigan. This Focus was the first Ford Motor Company vehicle designed under the “One Ford” plan by CEO Alan Mulally. The goal of One Ford was to create competitive vehicles that leveraged Ford’s global resources so models could be sold in multiple markets with limited changes. An all-electric Focus, the Ford Focus Electric, was debuted in 2011 at the Consumer Electronics Show in Las Vegas, Nevada, and by 2012 the Ford Focus was the best-selling car in the world. The exterior design of the third generation Focus was updated using Ford’s Kinetic Design. The design team for the interior of the vehicle used a Third Age Suit during development so that the physical limitations of an elderly driver would be taken into account. A Third Age Suit is an actual suit worn by testers which simulates physical limitation presented by aging. The interior design changes followed two new paths. The basic central console was used with smaller engines and the premium central console was used with the more powerful engines.

In 2012 Ford unveiled the Focus ST, the performance model. The Focus ST was only available in the United States in the hatchback model and used a powerful 2.0 liter, four-cylinder EcoBoost engine that achieved 252 horsepower. The 2015 Focus RS came with all-wheel drive and a 2.3 liter, four-cylinder EcoBoost engine that produced an amazing 350 horsepower.

Ford no longer offers the Focus in North America, but the model can still be purchased in the European market. Ford’s decision to do this was the result of wanting to focus more heavily on the SUV and truck market.

Because Ford released so many different models, styles, and limited editions of the Focus, there are many of these vehicles out on the road today. If you have a Ford Focus in need of a windshield replacement, sidelite replacement, or backlite replacement, use Glass.com to help you locate a local and reputable auto glass repair technician to get your glass replaced and quickly get your Ford Focus back on the road.

You can quickly and easily find a reputable auto glass replacement shop near you, get an instant quote for the exact service you need for your Ford Focus and book a convenient appointment. Many of our Affiliates even offer mobile service and will come to your home or business to perform the replacement. We’ll help to get your Ford Focus back on the road as soon as possible!

Glass.com set me up with an appointment with Arrow Auto Glass quickly and professionally. It was the best price I was quoted, with an extremely quick service date available. Very happy with the service, I would suggest this company to anyone! Thanks again!

They did a great job.

We Make Getting a Quote and Booking an Appointment for Your Ford Focus a Fast, Easy Process

When it’s time to repair or replace the windshield, backglass, or door glass on your Ford Focus, just log on to Glass.com® and fill out the user-friendly Request Estimate form. You’ll get instant access to our Affiliates in your local area, receive an immediate quote for the service you need and be able to book your appointment. Why waste time calling around to multiple repair shops?

Discover why so many people use Glass.com® for replacing the glass on their Ford Focus. Take a few minutes to browse our site and feel free to contact us for more information.