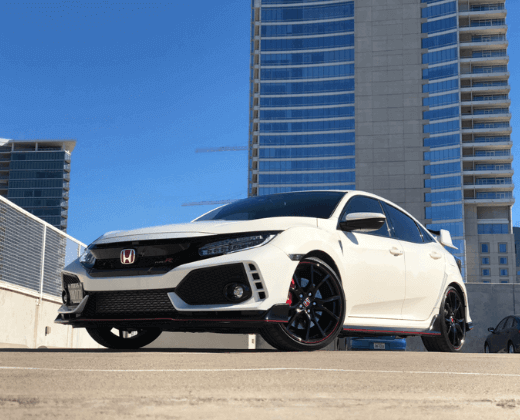 The windshield is an important safety element of your Civic. Not only do they keep out debris and the elements, they also help keep occupants inside the vehicle in the event of a crash. Sometimes they can be repaired, but often they require full replacement, depending on the severity of the damage.

Sunroofs add an element of fun to your everyday drive, but sometimes they break. Sunroofs typically are made from tempered glass which must be fully replaced if damaged. If your Civic is equipped with a factory sunroof that has broken, you’ll need to get it replaced as soon as possible in order to avoid the possibility of water damage. Keep in mind that sunroofs can face a variety of problems, but Glass.com only provides glass replacement services on factory installed sunroofs.

Backglass acts as a way for you to see out of the rear of your Civic. It is also referred to as a back windshield or rear windshield. Rear windshields typically are made from tempered glass which must be replaced if damaged. These windows sometimes include additional features such as defrost elements which help to de-ice the glass in wintertime. Back windshields on hatchbacks, SUVs, and vans sometimes feature a wiper, which helps increase visiblity while driving in the rain.

Side windows offer access to fresh air, toll booths, drive-thru windows, and more. These highly functional pieces of glass are often a target for break ins though. If this happens to your Civic, you’ll need to have the window replaced since it’s usully made from tempered glass, though laminated glass is gaining in popularity.

The Honda Civic has long served as a car known to the public for its fuel economy, reliability, and overall low cost of ownership. Since the launch in 1972, the Civic has undergone numerous transformations with varying configurations from hatchbacks, coupes, sedans, sports models, even to electric hybrids. Honda also used the Civic as its flatform for other compact cars such as the Honda CR-X, Honda del Sol, Honda Concerto, Honda CR-V and others. In its more than 45-year history, the Honda Civic has been redesigned ten times, leaving us with ten different generations of this car. We break down each generation in more detail below.

This is the generation that started it all back in 1972. Following the flop of the Honda 1300 released in previous years, it was on the verge of exiting the car market altogether. Luckily the introduction on the fuel-friendly and low-cost Civic entered the American market at the perfect time as fuel costs were rising.

The first generation Honda Civic came from the factory with an engine barely 1.2 liters and radio and air conditioner were optional. Honda introduced its patented CVCC engine in 1975 which provided a more complete, efficient, and cleaner combustion. It was only available as a two-door hatchback in the US at first, although four-door hatchback versions had already hit overseas.

Unfortunately, Honda experienced a major recall during this first generation due to body, frame, and suspension corrosion issues. The rust affected nearly one million cars built between 1972 and 1979.

The second generation of the Honda Civic was released in 1979 after the body style underwent a redesign to increase overall dimensions, sharpen angles, and increase engine output. It became more aligned with its sister model, the Honda Accord, by adding creature comforts that previously lacked. It was available in several configurations including 3-door hatchback, a five-door wagon, and a four-door sedan.

An incredibly fuel-efficient model was available which achieved 66 miles per gallon, although a bit underpowered. On the opposite end of the spectrum, a sporty Honda Civic S was introduced featuring a high-performance motor with twin carburetors. On a side note, from this Honda Civic S, was born the first generation Honda Prelude.

Honda Civic’s third generation debuted in 1984 when the five-door hatchback and wagon models were merged into one and the CRX was introduced. The CRX was a lightweight and fuel-efficient two-door hatchback which was, along with the standard Civic hatchback, available in the SI sport trim. Thie SI had increased horsepower, but came at the cost of decreased fuel economy.

The fourth generation of the Honda Civic started in 1987 with improved body lines including increased dimensions and a lower stance. The switch was made to electronic fuel injection from carburetors. CRX, HF, DX, and SI trim lines were all available in the US.

1991 brought about the fifth generation of the Honda civic which was the first to feature rounded bodylines for increased aerodynamics. The wagon version was discontinued in the US and many features were added to keep fuel economy high such as a shift indicator light for maximum economy, cam followers to reduce engine friction, and a lean fuel mix below 2,500 rotations per minute (rpm).

The Honda Civic did not undergo dramatic restyling during the sixth generation starting in 1995 but expanded trim levels, motor, suspension and transmission options made up for it. The Civic was offered in the CX, DX, EX, EXR, HX, LX, Si, and natural gas powered GX trim levels. These trim levels were offered in a mix of coupes, 3-door hatchbacks, and 4-door sedans. At the the lowest CX trim level, amenities were sparse. Factory radio and power steering were optional. At the highest EX trim level luxury features such as a sunroof, remote entry, and higher-horsepower motor were standard.

Honda’s seventh-generation of the Civic released in 2000 was again only somewhat restyled, this time mainly on the interior. The suspension was updated as well.

The eighth-generation featured a major facelift in 2005 with more aggressive styling all around. The exterior had more angular trim lines and a more harshly sloped nose. The interior instrument panel was split into two tiers with the upper being digital and the lower being analog. A more powerful 1.8l engine became standard equipment.

In 2011 the Civic went through another redesign which was sleeker, more aerodynamic, and overall more visually appealing. Honda described it as “energetic”. Models came standard with Antilock Brake Systems (ABS), Vehicle Stability Assistance (VSA) and Electronic Brake Distribution (EBD). A feature called Eco Assist was also added which was shown to improve fuel economy by as much as 10%.

The tenth and current generation of the Honda Civic went on sale in 2016 built on Honda’s brand new global platform. The bodystyle changed dramatically from traditional coupes and sedans to a fastback style. The interior was also revamped to eliminate the two-tier instrument panel in favor of a digital information interface using a 7-inch LCD screen. In European and Asian markets, a panoramic glass sunroof option is available. This is not yet available in the US, but a standard sunroof option is.

Throughout the generations, the Honda Civic has remained true to its initial purpose of being fuel-efficient, reliable and affordable to maintain. You could say it is serving its civic duty of being an economical form of transportation—a car for the people.

You can quickly and easily find a reputable auto glass replacement shop near you, get an instant quote for the exact service you need for your Honda Civic and book a convenient appointment. Many of our Affiliates even offer mobile service and will come to your home or business to perform the replacement. We’ll help to get your Honda Civic back on the road as soon as possible!

My experience with arrow auto glass was very pleasant. Randy was very polite and kind, he not only replaced a windshield very quickly he did a phenomenal job. He even did a little extra and fixed a leak that had been coming from the car of windshield. If you ask me he deserves a raise, he is an exceptional employee.

We Make Getting a Quote and Booking an Appointment for Your Honda Civic a Fast, Easy Process

When it’s time to repair or replace the windshield, backglass, or door glass on your Honda Civic, just log on to Glass.com® and fill out the user-friendly Request Estimate form. You’ll get instant access to our Affiliates in your local area, receive an immediate quote for the service you need and be able to book your appointment. Why waste time calling around to multiple repair shops?

Discover why so many people use Glass.com® for replacing the glass on their Honda Civic. Take a few minutes to browse our site and feel free to contact us for more information.