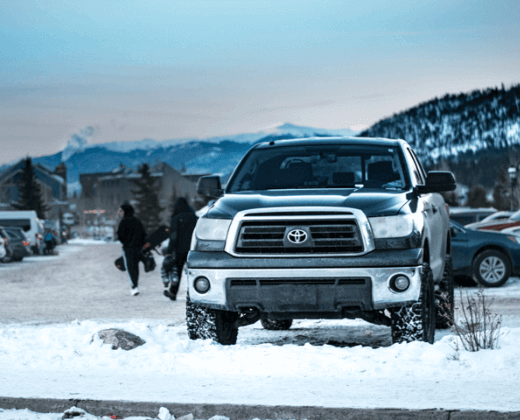 The windshield is an important safety element of your Tundra Pickup. Not only do they keep out debris and the elements, they also help keep occupants inside the vehicle in the event of a crash. Sometimes they can be repaired, but often they require full replacement, depending on the severity of the damage.

Sunroofs add an element of fun to your everyday drive, but sometimes they break. Sunroofs typically are made from tempered glass which must be fully replaced if damaged. If your Tundra Pickup is equipped with a factory sunroof that has broken, you’ll need to get it replaced as soon as possible in order to avoid the possibility of water damage. Keep in mind that sunroofs can face a variety of problems, but Glass.com only provides glass replacement services on factory installed sunroofs.

Backglass acts as a way for you to see out of the rear of your Tundra Pickup. It is also referred to as a back windshield or rear windshield. Rear windshields typically are made from tempered glass which must be replaced if damaged. These windows sometimes include additional features such as defrost elements which help to de-ice the glass in wintertime. Back windshields on hatchbacks, SUVs, and vans sometimes feature a wiper, which helps increase visiblity while driving in the rain.

Side windows offer access to fresh air, toll booths, drive-thru windows, and more. These highly functional pieces of glass are often a target for break ins though. If this happens to your Tundra Pickup, you’ll need to have the window replaced since it’s usully made from tempered glass, though laminated glass is gaining in popularity.

While Toyota has been manufacturing pickup trucks since 1963, none of their models met the specifications of a full-size pickup truck until the Toyota Tundra hit the market in 2000. The Toyota Tundra was initially called the T150 as a follow-up vehicle to the Toyota T100. Unfortunately for Toyota, the Ford Motor Company filed a lawsuit stating that the T150 name was too similar to the Ford F-150. Ford won the name game, and Toyota renamed the vehicle the Toyota Tundra.

The Toyota Tundra garnered some impressive awards in its first year. Motor Trend magazine gave it the “Truck of the Year” award for 2000, and Consumer Reports crowned it “Best Full-Size Truck.” The Tundra generated the highest vehicle sales in Toyota’s history.

The second generation Toyota Tundra, introduced at the 2006 Chicago Auto Show, revealed a fully redesigned vehicle. The exterior of the Tundra was redesigned giving the truck a sporty, athletic appearance, and buyers could choose between three bed lengths—5.5-feet, 6.5-feet and 8-feet. There were also three cab designs including regular cab, double cab (which replaced the access cab), and CrewMax.

Three trim levels are available for this truck from Base, to SR5, and Limited, as well as three engine options. The base model engine for this generation is the 4.0-liter 1GR-FE V6 engine with 236 horsepower and 266 pound-feet of torque. The next engine option is the 4.7-liter 2UZ-FE V8 engine with 271 horsepower and 313 pound-feet of torque. At the top of the engine options is the new 5.7-liter V8 engine with 381 horsepower and 401 pound-feet of torque which gives the Tundra a maximum towing capacity of up to 10,400 pounds and a payload capacity of over 2,000 pounds. The 5.7-liter Tundra even has coolers for the engine oil and transmission fluid for drivers making long hauls. Along with the five-speed automatic transmission, this generation truck now has a new, optional six-speed automatic transmission with the ability to lock the torque converter in fifth and sixth gears with a manual shift mode.

Tundra and the Space Shuttle Endeavour

In October 2012, thousands of people watched as an unmodified Toyota Tundra towed the space shuttle Endeavor twelve miles through the narrow streets of Los Angeles. At the wheel was professional driver Matt McBride with retired astronaut and former Endeavour crew member Garrett Reisman at his side.

What made the Tundra event so incredible was the towing capacity of the truck, 10,000 pounds, and the weight of the space shuttle, 150,000 pounds, along with the towing gear, 120,000 pounds. It was a specially designed rig created by the transport company, The Sarens Group, that allowed the Tundra pull the enormous Endeavour, but the visual impact of the event was incredible. Toyota was able to be involved with relocating the space shuttle due to the company’s years of support to the California Science Center promoting science education.

The 2014 Toyota Tundra was unveiled at the Chicago Auto Show and featured a redesigned tailgate with modified taillights. The refresh also enhanced the front and rear fenders, enlarged the grille, and raised the hood line. Ride quality improved with new damping rates and a retuned suspension. Steering feel was improved with a re-valved steering rack. An optional 38-gallon gas tank became available for long-haul drivers.

The redesigned interior included an ergonomic dashboard created using richer materials and surfaces that showcased new gauges and controls along with a 3.5-inch information screen. New seats, Bluetooth connectivity, and a backup camera were also included in the refresh.

In 2014 Toyota discontinued the regular cab with the 6.5-foot bed and added the premium luxury 1794 Edition with its western aesthetic and exclusive saddle brown cowhide trim. Along with the 1794 Edition, the 2014 Tundra also has the SR, SR5, Limited, and Platinum trim levels.

The Toyota Racing Development (TRD) packages allow buyers to tailor their truck to specific interests. The TRD Sport Edition was created for on-roaders who prefer custom street trucks. The Sport Edition, which only comes on the V8 two-wheel drive model, is a cosmetic enrichment package. It features heated side mirrors, fog lamps, special side graphics, 20-inch alloy wheels, as well as body-colored door handles, grille surround and front and rear bumpers. It is only available in black or radiant red paint colors. The interior has a black cloth interior and custom shift knob and pedal covers.

The TRD Rock Warrior truck is geared toward off-roaders that need suspension modifications. The Rock Warrior package is only available on the V8 four-wheel drive model with either the crew cab or double cab. This edition features alloy wheels wrapped in BF Goodrich All-Terrain T/A tires and a tuned suspension with Bilstein shocks. This truck is only available in black or super white and comes with warrior graphics, a matte-black rear bumper, fog lamps, and a paint-matched front bumper. The interior, like the Sport Edition, has a black cloth interior and custom shift knob and pedal covers.

With all the configurations possible with the Toyota Tundra you are sure to have a pickup that meets your specific needs. If your Tundra is in need of a windshield replacement, sidelite replacement, or backlite replacement, use Glass.com to help you locate a local and reputable auto glass repair technician to get your glass replaced and quickly get your Toyota back on the road.

You can quickly and easily find a reputable auto glass replacement shop near you, get an instant quote for the exact service you need for your Toyota Tundra Pickup and book a convenient appointment. Many of our Affiliates even offer mobile service and will come to your home or business to perform the replacement. We’ll help to get your Toyota Tundra Pickup back on the road as soon as possible!

No response from vendor.

never called me back or made any effort to contact me

We Make Getting a Quote and Booking an Appointment for Your Toyota Tundra Pickup a Fast, Easy Process

When it’s time to repair or replace the windshield, backglass, or door glass on your Toyota Tundra Pickup, just log on to Glass.com® and fill out the user-friendly Request Estimate form. You’ll get instant access to our Affiliates in your local area, receive an immediate quote for the service you need and be able to book your appointment. Why waste time calling around to multiple repair shops?

Discover why so many people use Glass.com® for replacing the glass on their Toyota Tundra Pickup. Take a few minutes to browse our site and feel free to contact us for more information.